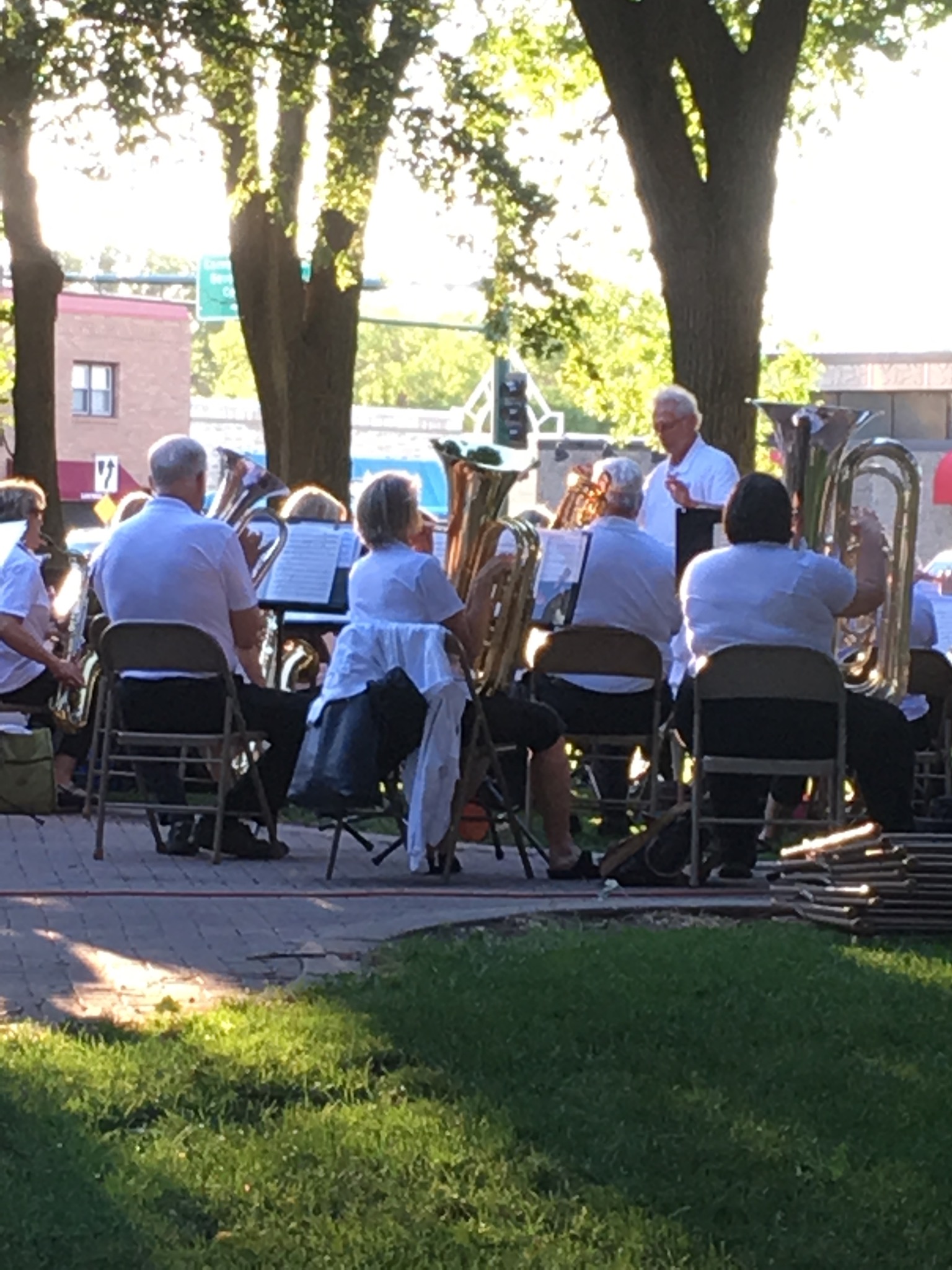 On Friday after work, my wife and I shared a picnic in the early evening shade at the Arboretum, watching kids climbing on rocks near the waterfall.  After living through what one newscaster called a “week of violence and sorrow,” it was good to find a quiet place away from the Internet, TV, and radio, where tense shoulders could ease. We talked about things other than the news, but it was impossible to avoid the reality that innocent people had died, waves of ugliness and hate had splashed through the nation and the media, and our disunity as a people threatened to get worse.

As we walked back to our car, I remembered a traffic stop I was part of before the shootings started.  Slowing in a line of traffic, I found myself facing a turtle trying to cross East Bush Lake Road.  Like the drivers before me, I carefully circled the turtle and drove on.  In my rear view mirror, I saw a man get out of his car and walk forward to pick up the turtle and move it to the road’s edge.  He jerked back fast as he became reacquainted with what snapping turtles do when they feel cornered.

Our country, like that turtle, is in danger. We are confronted with cell phone videos of inexplicable violence, and some of us are circling around the danger; some of us are trying to help; and some of us are snapping. Thich Nhat Hanh, the Buddhist monk, wrote in Living Buddha, Living Christ that we must practice making the truth available every day by looking deeply into ourselves and into the situations of our brothers and sisters.  He wrote, “If while we practice we are not aware that the world is suffering, that children are dying of hunger, that social injustice is going on everywhere, we are not practicing mindfulness.  We are just trying to escape.”

Reality’s a snapping turtle that we can’t circle around.  But it would be perilous to stay in the middle of the road. So where do we find peace and justice?

From the Arboretum, we drove south, finding ourselves at Chaska City Square Park, where the Eden Prairie Community Band was playing a medley of familiar songs. About 50 multi-generational musicians, dressed in white with ball caps celebrating forty years of entertaining, were encircled by enchanted spectators singing along. The band finished with “Stars and Stripes Forever,” the crowd clapping along after the piccolo solo, as we’ve been taught to do by band conductors stretching back to Sousa.  In show business, this piece is called “The Disaster March.” According to Wikipedia, it’s a kind of musical code signaling a life-threatening emergency or fire. The steady marching beat helps the ushers lead an audience safely from danger without panic.  Apparently circus bands never play it under any other circumstance.

I listened to the Disaster March and thought about Lincoln’s First Inaugural Address, when the Union was dissolving, and how he prophesied that through the mystic chords of memory we would be touched again by the better angels of our nature.  As a country, we’ve been through worse than what we’re experiencing now.  As horrible as the past week was, consciousness of our history and our memories of how “community” feels and works and plays together can salve the wounds.  Sometimes, resilience grows from going to the park and listening to our fellow citizens play their songs, even if the music is sad; or scary, like the Disaster March. To make progress from here, we’ll have to be mindful enough of the suffering on all sides, and courageous enough to coax the turtle to safety.

Don’t be a pain with your doctor