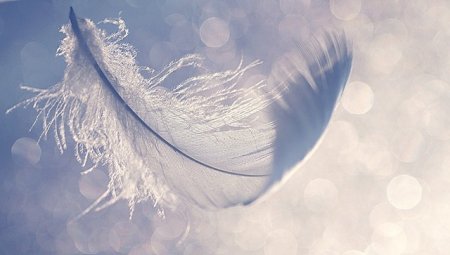 He sat on the end of the front row, choosing the spot, he informed me, so he would be out of the way. He had a heavy burden, a walker that was fully laden. My mind didn’t register him as homeless, as it should have, given the amount of stuff he carried with him. Trudging down snowy sidewalks was hard enough without a walker, much less a fully loaded walker.

But he had pushed through, arriving early to the Basilica for a grief presentation. Once he settled himself into a chair with his coffee and pastry, standard hospitality for a grief group, he identified me by name. This might not seem odd to you, probably because your name is not Beryl. He shared that he had two male relatives named Burle and one female relative named Byrle. We chatted for several minutes and in hindsight it occurs to me that I never asked him his name.

The talk was about what we need to let go of to move on in our grief. Only now do I see the irony of preparing a talk about letting go and delivering it to someone in the front row tenaciously hanging on to the few possessions he has in the world. He’d arrived early on a bitter cold day to a warm building serving coffee and pastries with unrestricted access to a clean and fully stocked bathroom. Benefits most of us take for granted.

Halfway through the talk, the man announced to the group, “I can never forgive.” He embellished further, explaining that he had been asked to leave his wife’s hospital room just prior to her dying. He was certain the medical team knew this was happening, and he could not forgive them ushering him out when he wanted to be with his wife at the end of her life.

Four simple words. I can never forgive. If I’d been a more agile speaker, I would have shifted gears and spoken to the needs of his heart. Of course, I didn’t. I plowed ahead, ignoring the topic that had been so generously served up. I wish I had shared Desmond Tutu’s “two simple truths: there is nothing that cannot be forgiven, and there is no one undeserving of forgiveness.”

Archbishop Tutu chaired South Africa’s Truth and Reconciliation Commission, a commission deigned to find a healing path out of South Africa’s grim history of apartheid. Tutu reminds us with every injustice there is a choice: revenge or forgiveness. Revenge will not free us; it ensnares us in a heavy hatred, making it nearly impossible to move forward and compromising our future.

What does revenge look like?  Some time ago, an archaeological dig uncovered the “well of curses” in the palace of King Herod.  The royal family would write curses on tablets condemning people they didn’t like and then throw the tablets down the well.  It turns out that the tablets were made of lead. The royals literally poisoned the water supply with their hate. Revenge, while it may feel justified in the moment, is ultimately corrosive. We don’t need lead tablets to let revenge fester into a toxic brew, consuming our mind, our energy and our joy.

Forgiveness offers a different path that is both freeing and allows us to move forward after hurt and injury. In Tutu’s book, “The Book of Forgiving,” he outlines the four-fold path to forgiveness: telling your story; naming your hurt; granting forgiveness; and renewing or releasing the relationship with those who have injured you.  Forgiveness is ultimately relinquishing our right to revenge.

My faith tradition calls us to forgive seven times seventy. It is an act of self-compassion, a way to free ourselves from the toxic replaying of an injury again and again in our mind. Forgiveness unbinds us from those who have injured us.  The four-fold “process is simple, but not easy,” Tutu reminds.

Next week, I will return to speak at the Basilica and I hope the gentleman who remains unnamed to me might return so I can try again. I hope I can see him with more clarity, step into his shoes for a moment and offer a him different path forward.

A view from my window