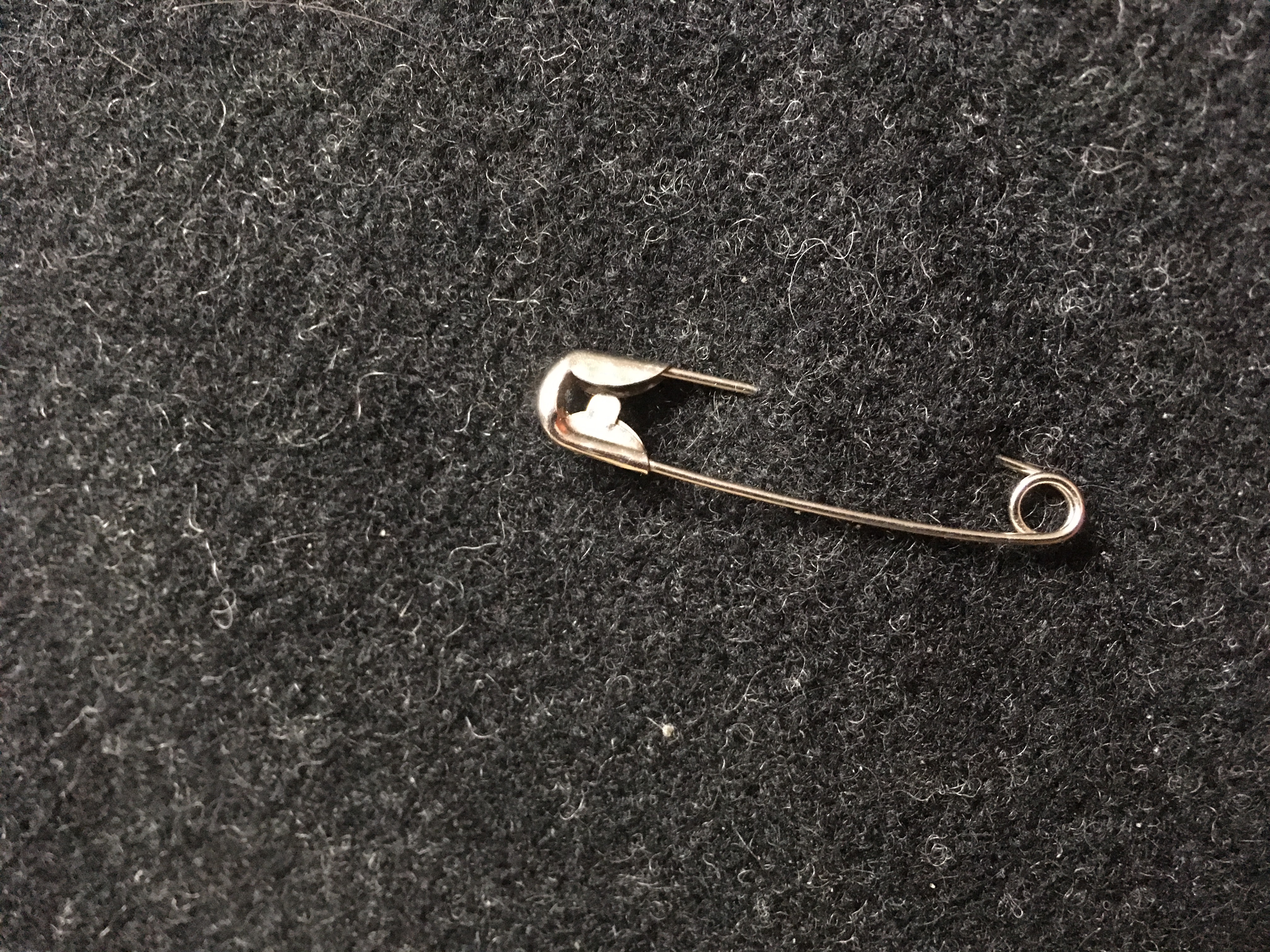 I started wearing a safety pin on my lapel after the election.  My friend Rex mentioned that the pins offered an invitation to people who are afraid that you’re ready to help them. Some people in Great Britain started wearing safety pins after the Brexit vote in Great Britain to leave the European Union.  In response to a string of assaults on people of other ethnicities, faiths, and races, wearing the pin told other Britons who were afraid that the wearer was safe for conversation.  People with the pin were saying they would intervene on behalf of someone who was attacked on the street or who felt threatened.

You might be wondering why these pins are needed here.  According to the Southern Poverty Law Center, which tracks reports of hate incidents in the United States, there was a surge of 701 incidents here in the week following our presidential election.  While the frequency has dropped, 40% of the incidents occurred in educational settings.  At least one grade school kid in Minneapolis was told he was going to be sent back to Africa.  27 reports have been about anti-Trump incidents, but the bulk are anti-immigrant (206), anti-black (151), or anti-LGBT (80).  At least a few incidents have been proven to be scams, but there are enough independently validated cases (like the anti-immigrant graffiti in the high school bathrooms in a local suburb of Minneapolis) to validate the trend.  FBI statistics for 2015 show a 67% increase in hate crimes against Muslim Americans. Last Wednesday evening, Carl Higbie, the head of a Trump political action committee, advocated for registering Muslims in the United States by citing the Korematsu case in an interview on Fox News as legal precedent.  Korematsu was the infamous 1944 Supreme Court decision which upheld our government’s right to detain 120,000 U.S. citizens of Japanese descent in internment camps because of their race. Mr. Korematsu helped win a national apology and reparations for internment camp survivors and their families in 1988.

A few days ago, I was in a local optical center getting my eyeglasses repaired when a young woman commented on how much she liked my pin.  I asked her how she was feeling about the election.  “My wife and I have four kids,” she replied.  “How do think I’m feeling?”  She’s not the only person who has mentioned the pin.

A number of writers online have objected to wearing safety pins.  They say they’re an example of “slactivism:” all talk and no action.  Others see the pins as white people attempting to make each other feel better.  Perhaps.  I see them as a sign of solidarity with those feeling most threatened by the President-elect’s rhetoric before the election.  The pin says that my salvation is bound up in the fates of those on the margins of our society, and that I’m ready to help them or to listen to them.  My challenge is to live into that commitment so the pins are not just an empty wardrobe upgrade.

I live in hope that Donald Trump will moderate his rhetoric and govern on behalf of all the people in this country.  In the meantime, putting on a safety pin in the morning has become part of my routine.

A view from my window

Not all about me