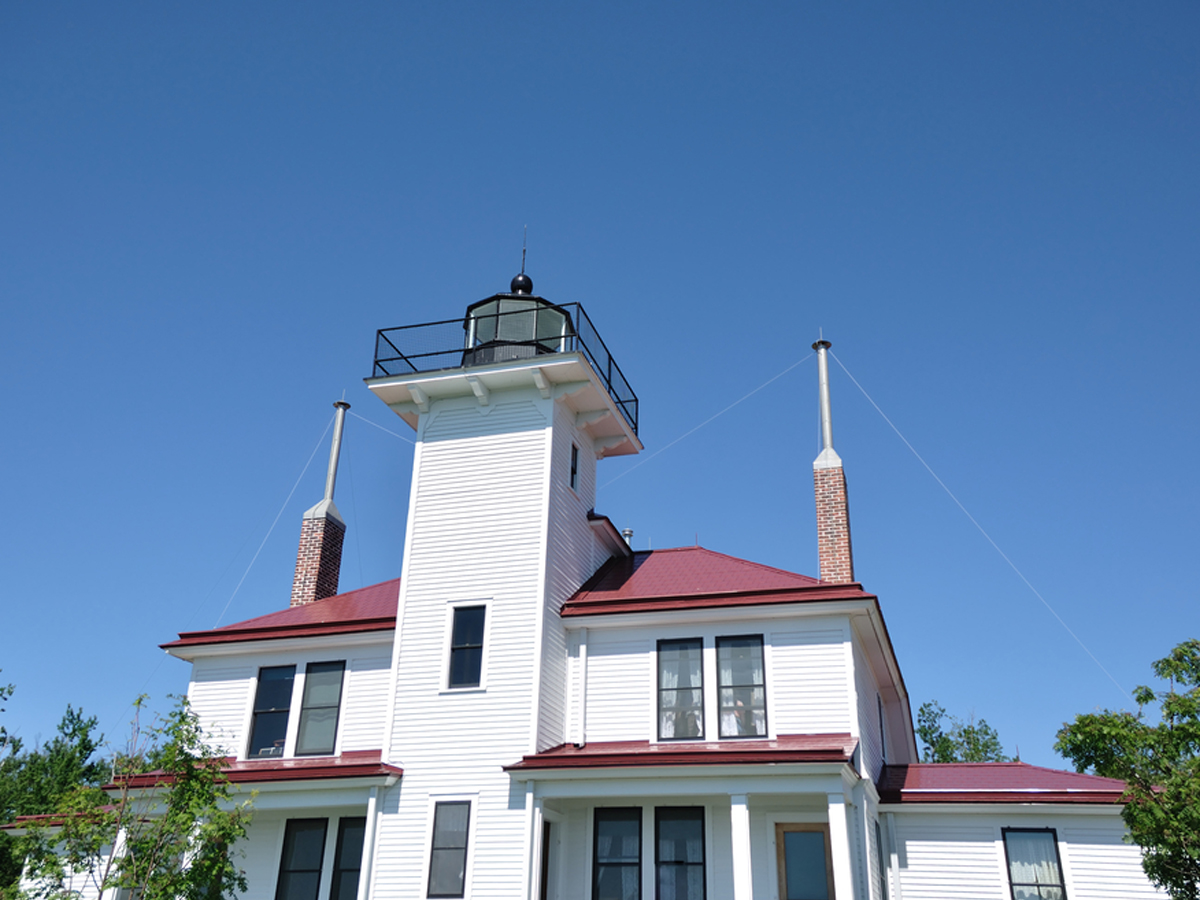 Before Siri, GPS, and Mapquest, there were the stars. Centuries of people have navigated by them. Harriet Tubman followed the North Star to freedom. Ships have sailed across oceans with nothing to guide them but trade winds and the stars. Even the Wise Men followed the star, although, uncharacteristically, they did stop for directions.

150 years ago, in the midst of one of our country’s darkest times, the Raspberry Lighthouse on Lake Superior was built. We were fighting the Civil War, a war with staggering costs in property and lives. Non-war government budget allocations were rare, which lends some perspective of the magnitude of the decision to build a lighthouse on a small island in Lake Superior.

Lake Superior’s shipping traffic was then robust, and ships heading to Bayfield had to navigate a channel through the Apostle Islands. The entrance into this channel was Raspberry Island. Lake Superior’s waters can be unforgiving and dangerous on the best of days. A shipwreck at night in cold water meant certain death, and building the lighthouse was deemed of national importance.

Today, lighthouses are automated and computerized with stronger, brighter lights. 150 years ago, a lighthouse was only as good as the light keeper. The light keeper was responsible for lighting the lamps each night, and getting up in the middle of the night to tend to the light.

They did this work day in and day out, in good weather and in bad. They climbed a steep ship ladder up to the light at least once every night. It didn’t matter if they were tired, had the flu, or were racked with fever. Lives depended on their faithfulness to keep the light burning. The nightly work trimming the wicks, winding the clocks, and refilling the fuel must have felt monotonous and utterly routine. Ships they would never see in the dark of night would silently steam past the lighthouse heading to port. The light keeper would never know, never meet, and perhaps never realize he had saved lives on a dark, moonless night. It was a thankless job, and one of utmost importance.

Like all true guides, the light reflected not on the light keepers, but towards a safe channel. The lights made it possible to navigate rocky shoals, threading the way through channels with lighthouses along the way as compass points.

As travelers, we search for a light in our darkest moments, some beacon to guide us through life’s challenges to a safe harbor. Many of us can name the light keepers in our lives; people whose lives have been an example to us. Like the North Star, a light that travels for 680 years before reaching the earth, some of our guides came from long ago: books that spoke directly to our hearts and people long dead who still inspire us on.

It’s no surprise that people of faith use the language of light to describe the presence of the divine in their lives. The Wise Men followed the light of the brightest star in the sky in search of Emmanuel, “God with us.”

Advent arrives in the darkest time of the year. As the prophet Isaiah reminds us, the people who have lived in great darkness have seen a great light. Each week we light a new candle on the Advent wreath, reminding us that the Light is come into the world.

Who are the guiding lights in your life? Where do the stars lead you and who holds the beacon of light to guide you home? How do you live fully as both fellow traveler and light keeper for others—holding the light for others which points to something beyond you? Light and peace to you during this holiday time.