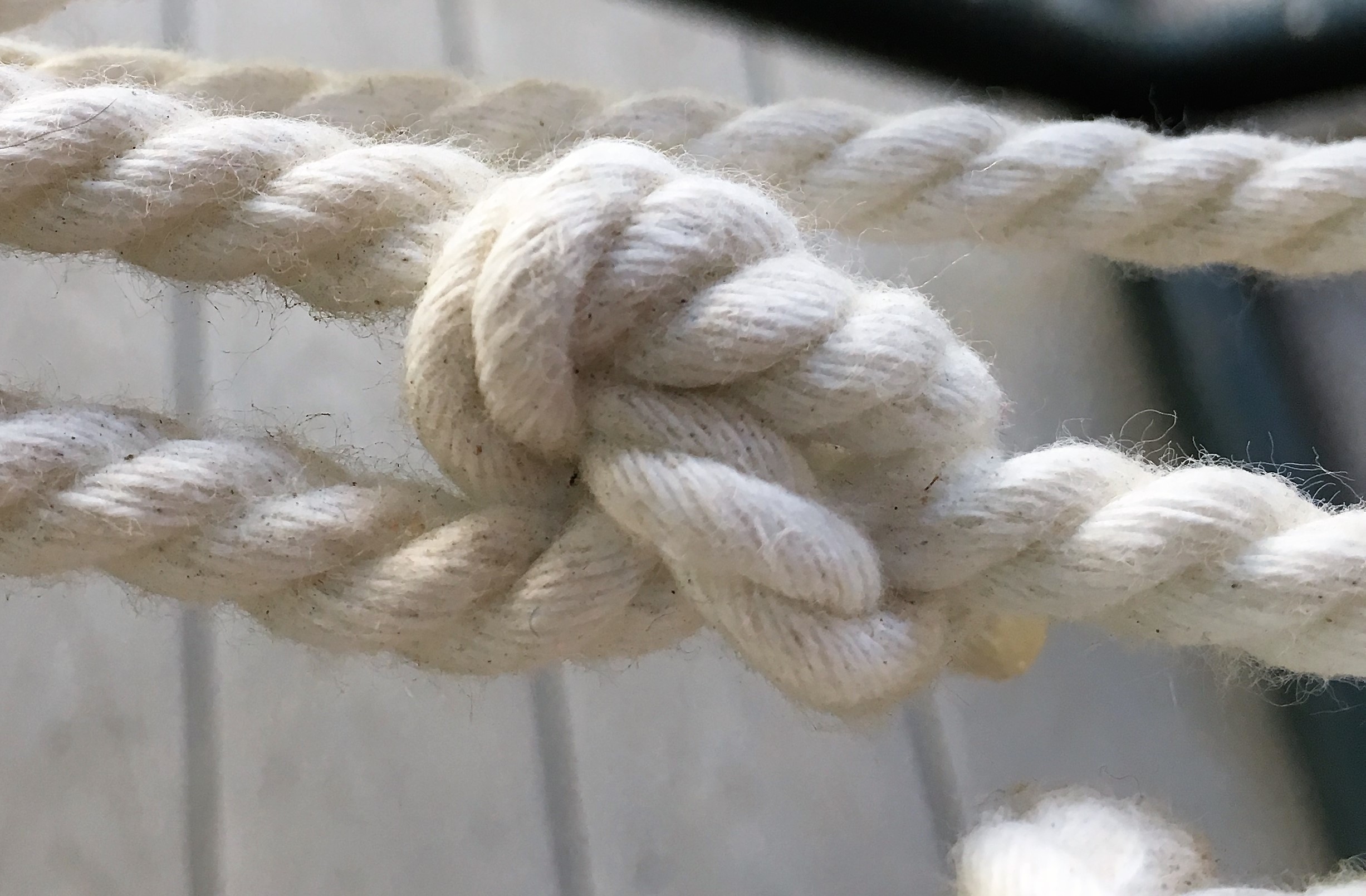 Saturday was National Hammock Day. Not that I needed encouraging. I own three. I’m a fan of Hatteras Hammocks, the traditional cotton rope with an oak spreader. My favorite is a single hammock on our screen porch. I nap in it three seasons of the year. With a blanket under you and a down comforter over you, you can hammock from a screen porch as the snow falls. I’m just saying, there’s no reason to cut the hammock season short because of a little weather!

My second hammock is a double size. I don’t know what I was thinking. Sharing a double hammock is romantic the way teething infants are romantic. Not so much. Hammocks are not for sharing. And using a double hammock as a single isn’t comfortable—too much hammock means too much sag. I speak as an expert in these matters.

My third hammock is actually my first. It’s a 30-year-old cotton Hatteras Hammock. I didn’t always have a screened porch so my first hammock has seen some Minnesota weather. Over time, the cords would fray and break. This gave me time and opportunity to learn new knots. I’d take the broken cord and study the knot next to it until I could duplicate it.

I’ve done my share of meditating in hammocks. I’ve realized that the allure of the hammock is not simply the chance to take a nap with a gentle breeze and the rustle of maple leaves. It’s the chance to pause.

We live in a world that does not pause. Our world changes faster than we can keep pace, and in the dizzying daily barrage of non-stop information and technological changes that stretch the scope of my imagination, my hammock sways to a counter-cultural rhythm.

In a world that embraces the mantra of the March Hare frantically circling while chanting, “I’m late, I’m late,” my hammock would like to invite you to another reality. It’s not too late. Let your body gently sway and your mind quiet its chatter. Unknot the tangles in your life. Re-knot frayed connections. Pause, savor this moment. 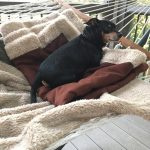 Chili at the helm

One less thing to worry about