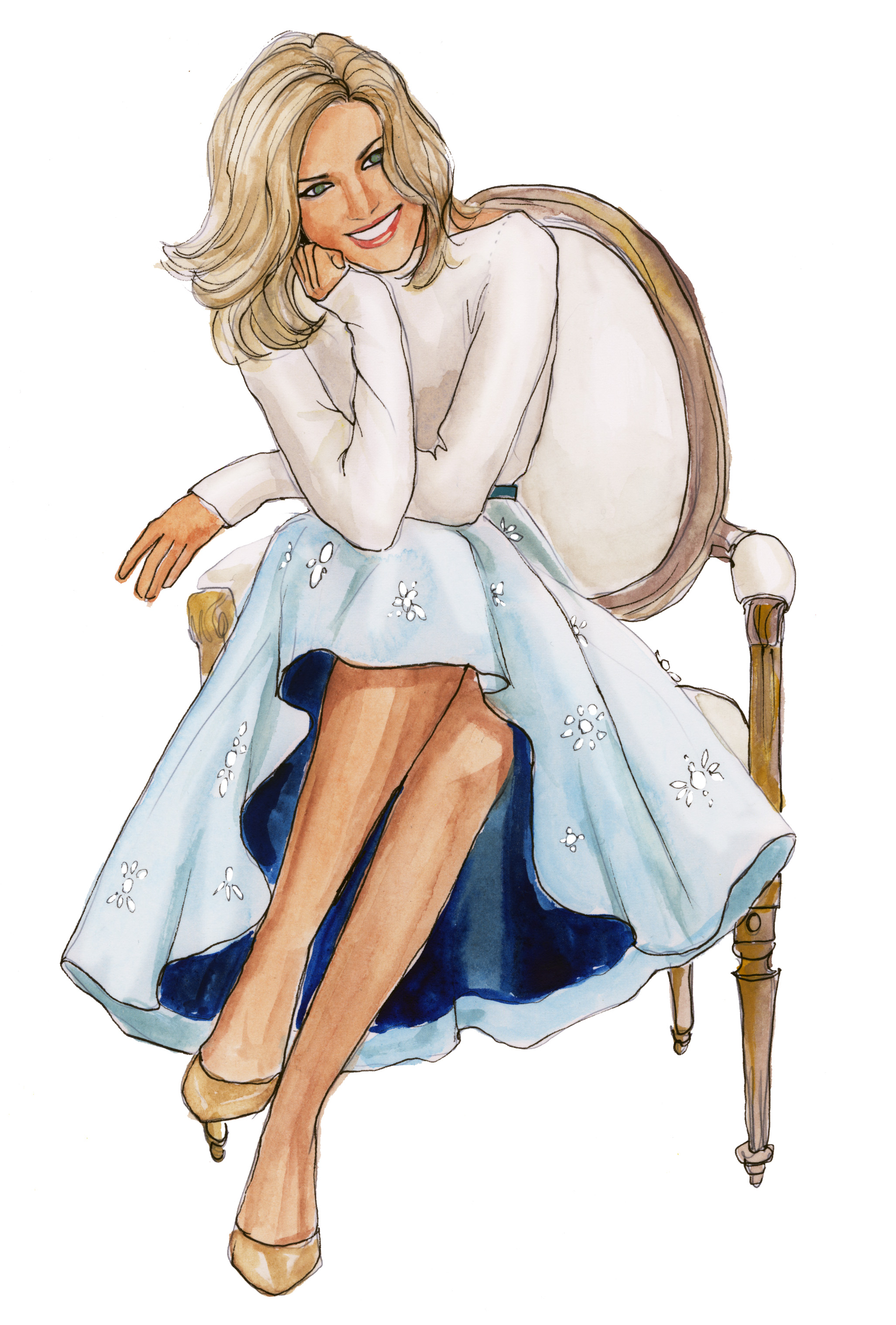 My youngest daughter will be married in December. Luckily for me, Jane’s a wedding planner. She has this under control. The church, the flowers, the venue, the band, the dress, the rings, the presider, invitations, hotel—she has more tabs in her wedding binder than you’d guess, and she’s an organizational diva. She invited me to join her to pick out her dress, look at flowers, and taste cake. This is good. I like cake.

I’m grateful her vocation as a wedding planner came about before her own wedding. I’ve adopted a Forrest Gump attitude about it all: “One less thing to worry about.” I know mothers of the bride are supposed to stress about the wedding, but frankly, I can’t muster much anxiety about the event—only overwhelming gratitude. Gratitude for Jane, for her ability to seamlessly craft a sacred event in her life, and a deep gratitude for my mom.

Just as Jane is handling the details of her wedding, my mom handled the details of mine. I didn’t think about it much at the time—but mom had it all in hand. Apparently the gene for planning weddings skipped a generation.

Sacred moments like births, marriages, and deaths bring into focus who we are as family and friends

We remember the births of our children, our wedding, and the deaths of those we’ve loved. More importantly, we remember who was there for us, and who showed us the way.

I’m one of the lucky ones. I come from a line of strong women who modeled and mentored me in quiet ways. My grandmother Rosa was a college graduate before she had the right to vote. She lived an organic life, picking oranges, plums, avocados, peaches, and lemons from her terraced garden in Vista, California, long before locally sourced food was a thing. She canned, pickled and dried her food, and she made her own pasta. I remember her garage had specially built shelves to store her abundant harvest. I thought of her today as I turned several bushels of apples from our family farm into applesauce and pies. I use a Kitchen-Aid, an appliance that speeds up food processing.  It’s a tool Rosa would have loved.

When I was ten, I picked up one of Rosa’s collectibles, a small china shoe. It had a note inside indicating who had given her the shoe. I innocently held out the note and asked her who this was from. The china shoe had been given to her by her first husband. First husband? This was a detail no one in the family, including my father, had known. My grandmother’s first husband had died of the Spanish flu after World War I. They had been married for six months.

There was also nothing fragile about Grandmother Beryl, or Gammy as I knew her.  Gammy packed heat long before states embraced the notion of concealed carry. Granddad was a roustabout, a hard job working oil rigs in Oklahoma. Family lore has it that Gammy went out to the rigs at the end of one Friday shift to pick up Granddad.  She was stopped by two gunmen. They demanded her car, and Gammy, convinced they were joking, told them to knock it off and drove on. Minutes later, she arrived at the rig and discovered the whole crew had been robbed and tied up.

The part of the story less often told is why Beryl went to the rigs every Friday afternoon. Friday was payday, and Granddad was an alcoholic. Gammy picked him up to ensure he didn’t drink away his wages. It was the Depression, and money was scarce.  Years later, when she met the boyfriend who later became my fiancé, Gammy looked him up and down, smiled, and said, “You’ll do.”

Jane’s fiancé is a first year medical student, living far from the world of cake tastings. It’s a good thing she has everything in hand, because she has an inept mother, at least when it comes to weddings. But the real gift I hope I’ve passed along to Jane is not perfect party planning skills, but the resilience to draw on the women of her history—women who lived imperfect lives and had rough patches in their marriages. Women who had the grit to get up one more time when life knocked them down. Women who lived their vows “for better or for worse, for richer, for poorer, in sickness and in health, to love and to cherish, till death do us part.”

The mother of one of my bridesmaids came up to me at my wedding and said simply, “You’ve had a storybook wedding. Now have a storybook marriage.” It was the best advice I got that day, and it’s been one less thing to worry about.